Oil and gas and mining companies are very diligent in national television ads featuring Indonesia. Chevron is a multinational energy company from San Ramon, California, USA with operations in more than 180 countries. Activities undertaken Chevron is involved in every aspect such as oil, natural gas, geothermal energy industry, exploration, production, refining to marketing. Chevron earned income in 2011 amounted to $ 196,337,000 with a profit of $ 19,024,000 and has a total of 62 thousand employees, it would not be surprised if Chevron was one of the largest companies in the world,

Japan Post Holdings is owned company engaged in financial services, banking, life insurance, and delivery of a letter which is headquartered in Chiyoda, Tokyo, Japan by Jiro Sito as president of this company. Japan Post Holdings is one of the world’s largest companies with revenues of $ 203,958,000 and a profit of $ 4,891,000 and has a staff of more than 229 thousand employees.

Toyota Motor is a multinational automotive company headquartered in Toyota, Aichi, Japan. Toyota Motor was founded in 1937 by Kiichiro Toyoda. Toyota Motor went on to become the largest automaker in the world. Call it the Toyota Camry, Toyota Prius, Toyota RAV4, etc. are the luxury cars from Japanese manufacturers. Toyota is now also known as a company that develops sophisticated robotic. Toyota Motor to be one of the world’s largest companies with revenues in 2011 amounting to 221.76 million dollars and keutungan of 4.766 million dollars and has a staff of more than 317 thousand employees.

State Grid is a state-owned electricity company serving the electric power transmission and distribute it throughout China. State Grid based in Xicheng District, Beijing, China. China manages its state very well and made ​​a strategic strength for this great country, even China can bring this state-owned company into one of the world’s largest companies with revenues received in 2011 was approximately 226 294 000 million dollars to 4.556 million profit million dollars and has a staff of more than 1.5 million employees. 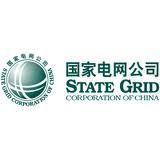 China National Petroleum Corporation (CNPC) is China’s state-owned company engaged in oil and gas business headquartered in Dongcheng District, Beijing, China. As one of the world’s largest companies, CNPC has enough employees, which is more than 1.6 million employees and revenues in 2011 amounted to $ 240,192,000 and profits amounting to $ 14,367,000. Top 10 Worlds Largest Companies

Sinopec Group is the largest oil refining and petrochemical industries in Asia, based in Chaoyangmenwai, PRC. As one of the world’s largest oil company, Sinopec Group revenue in the year 2011 of $ 273,422,000 and a profit of $ 7,629,000.

BP (British Petroleum) is a global company engaged dibisnis oil and gas based in London England since 1909 with the service area are in the world. BP produces 3.8 million barrels per day operating in 80 countries. BP has nearly 80 thousand employees with revenues of $ 308,928,000 and become one of the largest companies in the world. 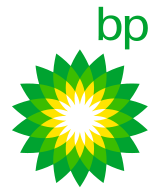 The world’s third largest company is a company that is also no stranger who is also a public company that does market capitalization, Exxon Mobil. Exxon Mobil is a multinational oil and gas companies from the U.S.. In Indonesia alone, Exxon Mobil managed and explored in Kalimantan, the block of Paradise in Papua, Cepu block. Exxon Mobil in 2011 revenues of about $ 354,674,000 and has a gain of $ 30,460,000 with a total of 103 thousand employees worldwide.

Royal Dutch Shell is the second largest company in the world. Perhaps many are not familiar with Royal Dutch Shell, but if Shell, nah deh know who has the logo of yellow shells. Shell is an oil and gas company headquartered in the Netherlands and has offices in London UK. Shell is a vertically integrated company and active in every field of oil and gas industry, including exploration and production, refining, distribution and marketing, petrochemicals, power generation and trading, and also has great activities such as renewable energy including biofuels, hydrogen, solar power and wind power. The company operates in over 90 countries that produce oil production of about 3.1 million barrels per day and has 44 thousand service stations around the world. In 2011 Royal Dutch Shell earnings amounting to 378.152 million dollars with profit 20.127 million dollars and has 101 000 employees. 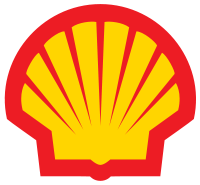 Wal-Mart is the world’s largest U.S. companies based in Arkansas. Wal-Mart is a multinational company that runs the retail department store chains around the world with 2.1 employees. Revenue Wal-Mart or Walmart in the year 2011 amounted to $ 421,849,000 with $ 16,389,000 gain from the grocery business. Walmart was founded by Sam Walton in 1962 and now seats held by President & CEO Mike Duke. Walmart has 8500 stores from 15 countries worldwide and has 55 different names. Top 10 Worlds Largest Companies

Video of Top Companies in the World